In the world of Linux there are many, many distributions. With all of this choice, it is understandable that a new user would be easily confused. As the Linux challenge from LTT shows there aren't a lot of good articles out there to help the new comers.

So, let's answer the question of how to pick a the right Linux distribution for you.

If you are unfamiliar, I discussed what a distribution in a previous article. Similar ideas may come up here as well.

Figure out your type first

Long term support (LTS) distributions are exactly that, they are supported with security updates for a long time. Usually three to five years. Some server based distributions are supported for even longer. These types of distributions lock-in the application, and library versions they ship. So you will not get the latest and greatest software. But if you don't need that, and you need an extremely stable system, then this is the kind of distribution you want. The best part modern packaging systems like Flatpak is that you can still get the latest applications with a stable, LTS base operating system.

Questions to ask yourself

What are my hardware needs/requirements?

Your hardware needs should be your top priority for picking a distribution. After all, if your hardware isn't supported by the distribution you pick, than you will not have a good time with Linux. If you have the latest/new hardware (CPU, GPU, Wifi, Sound, etc) than you need to the make sure your distribution keeps the Linux kernel, firmware, and drivers up-to-date. For this use-case, rolling releases, like Arch Linux, Manjaro, or OpenSuse Tumbleweed, usually work well. But if you looking for more stability pick a short term support distribution that keeps the Linux kernel updated between releases, like Fedora Workstation.

How do I make sure my hardware is  compatible with my Linux distribution?

Most Linux distributions include a live session when you try to install them. This is the perfect time to try out everything. In the live session you will get most of the functionality you get post installation. Some installers drop you straight into the live session and then provide a shortcut to the installation application. Others provide a try or install options at the beginning. If you're wondering how you can even install a Linux distribution: I covered it in a previous article, check it out.

Do I need the latest and greatest software?

If the answer is yes than a rolling release, like Arch or OpenSuse Tumbleweed is the best option for you. A good alternative is a short term support distribution like Fedora Workstation, and KDE Neon are good keeping packages up-to-date in between release cycles. Otherweise, if the answer is no, than an LTS release like Ubuntu LTS, Linux Mint, or Debian are for you.

Am I okay with proprietary software or only want open-source software?

If you need to use proprietary software, specifically multimedia codecs or drivers, than your primary concern needs to be popularity. By the numbers, the most popular Linux distribution is Ubuntu. There is a big advantage to being the most popular, Ubuntu is often the first choice for support when companies are looking to support Linux. Steam was only available on Ubuntu to begin with. Although there are some sources that say it's popularity is waning. General rule for this question, is pick a distribution that has active, relatively large community.

What if I don't want to tinker and just need to get work done?

Most mainstream Linux distributions are going to come with batteries included. Meaning you'll get a browser, office suite, audio and video players, and PDF viewer included. With Linux in general you don't even have to worry about drivers for the most part (But still make sure your hardware is compatible, see the first question). You still have a to worry about Nvidia drivers, since they are the only major hold out. Most distributions do make those drivers easy to get these days. There is either dedicated driver utility or you will be able to get straight from the software store. If you have all AMD or all Intel, you don't have to worry about drivers. So you'll be fine with most mainstream distributions, however, short term support release distributions will give you the best experience over all.

Which distribution is best for gaming?

General rule for gaming is that you should have the latest Kernel and the latest display drivers. For Nvidia users, most distributions package and update their Nvidia driver some time after Nvidia's official release. So most distributions will offer you regular updates for the Nvidia driver. For AMD and Intel, the story is a little bit different, these drivers are baked into the Linux kernel and have an addition package called mesa. These two components combine to give the most updated, open-source, driver for both AMD and Intel. So you will need a distribution that keeps these two components updated on regular basis. Typically a rolling release distribution, or a short term support distribution will do the job.

Of course this is not an exhaustive list of all the questions you may have. Rather, I hope you get the idea between which type of distribution to pick for your use case. When it comes to the hundreds of the distributions out there, I would suggest to only look at the mainstream distributions if you're beginner. These include Ubuntu, Fedora, Linux Mint, Pop!_OS, OpenSuse, Manjaro, ElementaryOS, and others. When you more proficient with Linux, and would like to learn more, then you get into more involved Linux distributions like Arch, or Gentoo. For now I hope that was helpful. 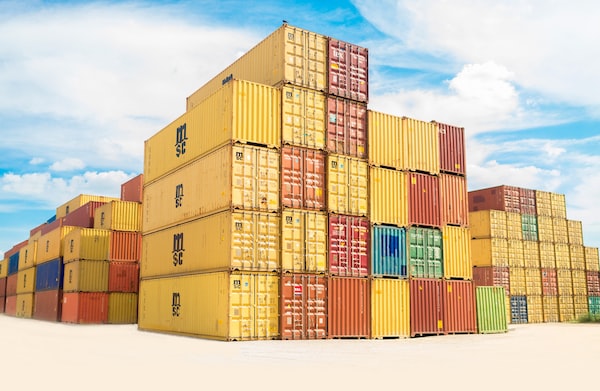